Bourbon Whiskey - straight from the USA 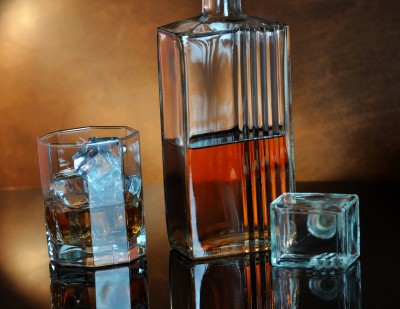 The history of whiskey in the USA is very long and rich - this drink appeared on the American continent practically at the time of the arrival of the first settlers from the British Isles., and since then it has settled in for good. It is enough just to say, that a lot of whiskey varieties are currently produced in the United States, which are virtually unknown anywhere else in the world, and their characteristic taste itself, aroma and color make, that they cannot be confused with anything else.

But where should someone start, who wants to know all the treasures of American whiskey? Bourbon will definitely be the best proposition here, one of the two - next to Tennessee Whiskey - the most important and best-known varieties of this drink from the USA.

Like many other types of American whiskey, also Bourbon has one US region, which can be considered his homeland - it is the state of Kentucky, which the vast majority of producers of this drink come from, and many gourmets consider even, that Bourbon from any other state doesn't even have the right to taste at least half as good, like the one made in Kentucky. The history of this drink is very rich, and probably dates back to the 17th century, when the method of its production was developed in its original form by a pastor named Elijah Craig. It is worth noting, that there are a whole host of laws related to the production process of this type of whiskey, thanks to which it always retains its characteristic taste and aroma.

The first condition that Bourbon must meet in order to be recognized by real gourmets at all is the use of barrels made of oak wood in its production.. Okres leżakowania w beczkach dębowych jest bardzo różny, depending on the specific distillery, but in any case it must be a minimum of four years. Oprócz tego niezwykle ważne są zarówno same drożdże gorzelnicze (znane specjalistyczne drożdże do zacierów zbożowych) as well as the grain used in its production. Podobnie jak i praktycznie wszystkie inne rodzaje amerykańskich whisky również i Bourbon jest wytwarzany z zupełnie innych rodzajów zbóż i z użyciem innych szczepów gorzelnianych drożdży niż te trunki, which were traditionally produced in the British Isles - this is mainly due to the usual difficulties in accessing certain raw materials on the American continent. The main ingredient of Bourbon is corn - although only in some varieties it makes up the greater part of the cereal mixture, but the content must be the minimum 51%. Ciekawostką mogą być tutaj również drożdże gorzelniane, which are used in its production. Very often, at least a small part of the yeast that was used in the production of the previous batch is added to them, which is also very important in obtaining the characteristic taste and aroma.

The Bourbon production process can seem quite complicated, but all these procedures are simply necessary for this, to make a drink that will satisfy even the most discerning gourmets. Perhaps the most famous brand involved in the production of Bourbon is the famous Jim Bean, and this is where it is worth starting your adventure with this particular variety of whiskey. We can safely say, that Bourbon is definitely one of the most interesting varieties of this drink from all those originating from the States, therefore, absolutely every gourmet should try it at least once - anyway, its unusual taste and aroma make, that it's very easy to fall in love with him!