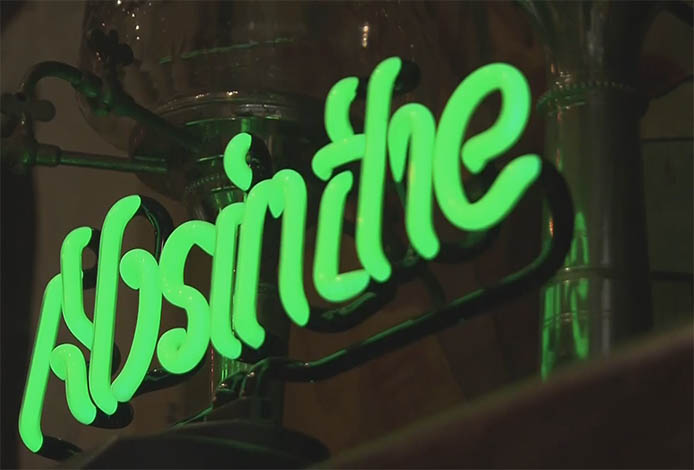 How to make absinthe?

Ted will tell us how to discover the secret of the controversial XVIII – one hundred eternal drink – Absyntu. First, he gets acquainted with its basic ingredient – to bylica piołun, commonly called absinthe. The gray-green bush is the key to absinthe. Rene grows the best wormwood around. Harvested wormwood is dried in a barn for several months, to preserve its aroma. Swiss wormwood comes from Waldetrawar, and the French Montalieu, although the plant grows wild in different places, it does not always have the same aroma.

Ted makes his absinthe at a distillery, which Gustave Eiffel built shortly after the completion of work on the famous tower. In such a noble environment, something is created, which Ted thinks is genuine absinthe. It supports the results of analyzes of the original drink, which he carried out in New Orleans.

Then using scientific methods and your own taste, recreated the composition of the absinthe.

Absinthe is made from a variety of plant species, of which three are the most important and are called “the holy trinity of absinthe”. The first is anise, the second is fennel, and the third is two varieties of wormwood, that is, absinthe.

The dried ingredients go to the copper alembic, absinthe was once thought to be hallucinogenic, but recent research has debunked this myth. Does not change the fact, that absinthe was a strong alcohol, which often contained methanol, heavy metals and other additives for which we would not tip the bartender. There are no such threats today, but producing absinthe can still be risky. Working with absinthe irritates the mucous membranes – it's a really strong commodity.

Aromatic herbs are soaked in alcohol, this process is called maceration – 3 days. Plants immersed in spirit, they release their aroma like brewing tea. For this, Ted uses the spirit obtained from Schenedlone wine, but maceration alone is not enough. Nawet XIX – Eternal Dandies, they wouldn't pour this liquid down their decadent throats.
– At the moment, the drink has a disgusting taste, not suitable for drinking.
One of the essential oils derived from wormwood is thujone. It is to him that absinthe owes its notoriety. Because it was thujone that was supposed to cause convulsions in people who drank this drink in significant amounts.

Today we know that the content of thujone in absinthe, it wasn't that big at all, but manufacturers have to adhere to strict restrictions.

Once maceration is complete, it's time to turn the mixture into something drinkable, first it is distilled. Hot steam rises through the pipes and passes through the radiator. – This camera will keep all unwanted aromas inside and let only what we want to keep.

An infamous drink – accumulates in the boiler. Ted adds herbs like lemon balm and hyssop to it, which give it a greenish aroma and color., which in inferior absinthe is obtained by means of artificial dyes.

The final production phase takes place in the laboratory, where Ted measures the alcohol content of the drink. Usually it is from 65 do 72 percent. But absinthe is not ready yet. It will be aged for 3 years before it is filtered and bottled. Some people believe that, that it makes him taste better.
– Artists and poets called absinthe – “green fairy” because when cold water was added to it, unusual white clouds were formed in it.

Preparation of a drink to drink, it is also an art in itself. of course, masters in this field are best found in Paris. Christoff the bartender will tell you how. – Pour absinthe into the glass (20-30 ml). We put a teaspoon of absinthe on the glass, which we call the shovel. Put a sugar cube on it, then slowly filter – we pour it with frozen water. Cold water brings out additional aromas from the drink. You can sense many different flavors in it. There must be water 3 times more than absinthe.

The drink is ready to drink. A foggy classic saved from oblivion. Let's drink to the health of Paris.